You are here: Home › News › Our Community › An excellent performance by Champion Taekwondo Kenya – Fluorspar

On Thursday 13th November 2015, the Champion Taekwondo Kenya team of 25 athletes, led by Master Kim travelled to Bungoma County, Kibabii University to participate in the Governor’s Cup open international Taekwondo Championship. The team, comprising of 15 juniors and 10 seniors, took part in different categories based on age for the juniors and weight for the senior group. There was a lot of anxiety and nervousness for some of the athletes as they were participating for the first time

The championship was well represented with a total of 12 teams from Congo, Uganda and host, Kenya participating. The event coincided with the presidential visit to Kibabii University. This however did not dampen the spirit of the teams as the venue was changed to the Red Cross, Kanduyi Hall for Day 1 and concluded in day 2 at Kibabii University.

To view some of the action see the pictures below. 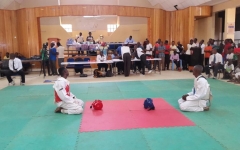 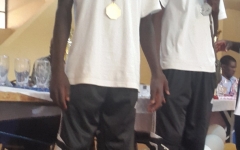 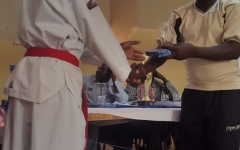 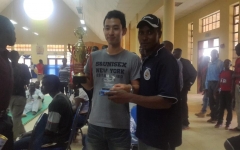 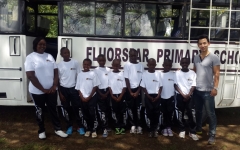 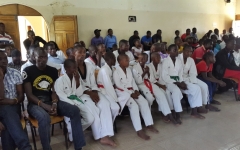 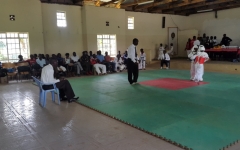