You are here: Home › Uncategorized › Thanks Giving Day

The evening of 26th January 2015 was a very special day for the Fluorspar Primary School KCPE class of 2014. Along with their counterparts from four neighboring schools that posted an improvement result in the 2014 KCPE, they congregated at the Fluorspar school hall to also celebrate their achievement in KCPE having posted a mean score of 336 and being placed as the No 1 class in the District and in the top 5 within the County.

The pupils from Muskut, Sesia, Chepsirei and Kapkono Primary schools accompanied by their teachers were full of excitement on arrival as it was one of the many noble gestures from Fluorspar Company in its quest to serve the communities around.

The Thanks Giving ceremony was sponsored by Kenya Fluorspar Company and graced by the Managing Director, Nico Spangenberg. The company also recognized the 16 pupils ( 5 from the neighbouring schools) who scored 350 marks and above. Each student walked away with an Advanced Learners Oxford Dictionary, a handy book in high school.

In his speech, the Managing Director urged the teaching fraternity to strive towards quality education ultimately leading to quality scores. He assured schools of support particularly when it comes to teaching and learning materials as a clear sign of the Company ‘s commitment towards education.

Our goal as the Fluorspar family has always been not to just look forward to the next success but to also celebrate and recognize the achievements of the students.

In celebration of the event, the evening was rounded off with a lovely dinner which was prepared by the School’s catering and support staff. 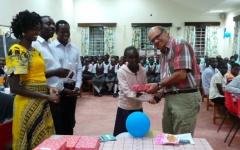 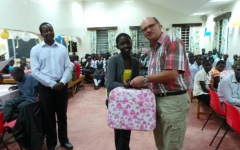 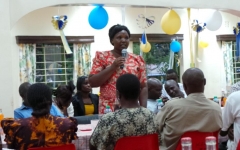 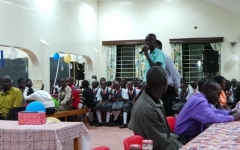 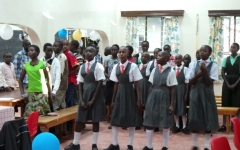 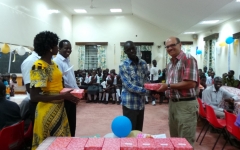