The above event was celebrated at the Company premises on 1 December 2014. The stakeholders in recognition of the medical assistance offered by the Company to the local Communities decided to hold the official County function at the Company premises. A total of 950 people were tested, counseled and advised on how to manage the disease.
The turnout is the highest since the Company started celebrating this day and a marked improvement from last year when 664 were tested.

During this function additional services were also offered by the following institutions that were present:

AMPATH offered nutritional advice to HIV infected clients and to other people in need. They also assist the Company in their HIV/AIDS fight by providing free ARV’s via the County Health Department.

In addition the Company handed out approximately 950 pieces of portable water purifiers which were donated by Champion Taekwondo Canada in 2013. These devices allow people who do not have access to potable water to drink water directly from the rivers as the devices contain filters that clean the water and kill the bacteria. The device can purify approximately 1 000 litres of water over a period of time.

TheCompany’s contribution towards hosting the event amounted to approximately $ 6 500. In addition to this the Company also provided medical personnel to perform the tests and a committee comprising of Company staff to oversee the day and arrangements.

In attendance at the function were the Company Managing Director Nico Spangenberg and the Elgeyo Marakwet Deputy Governor Dr. Gabriel Lamaon Lagat. 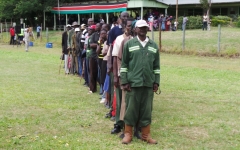 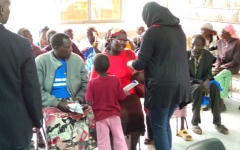 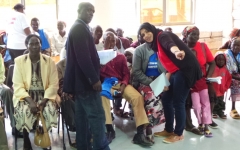 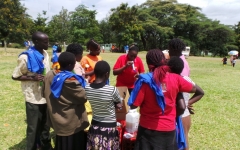 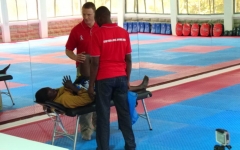 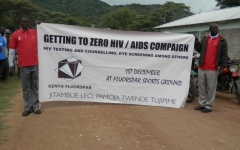