You are here: Home › Our Community › Another First for KFC and Kerio Valley Community

Saturday 01 December dawned with great expectations for 370 attendees to the Fluorspar Taekwondo centre. This was to be their first grading following the inauguration of the new building on 3 July 2012 which is part of the Company’s CSR initiative.

The grading was done under the supervision of Master Phil Adams from Taekwondo Canada and commenced at 10 AM and was completed at 3 PM that afternoon. Classes were presented by Master Euh ,a black belt instructor from Korea, and students were required to attend 3 classes per week. The skill displayed by students was amazing considering it was their first exposure to the martial art and it has also assisted in improved discipline in the schools.

Yellow belts and a certificate confirming the achievements were awarded to students that attended the grading with the youngest being 7 years old. Parents attended the event to witness the achievements of their children and all students and their parents were treated to a sumptuous lunch and soda kindly sponsored by courtesy of Taekwondo Canada who raised funds to sponsor this meal.

Classes will resume in January 2013 again and the next grading ceremony is planned for end June 2013 when Master Victor Luke and a group from Canada intends visiting to oversee the event.

Click on this link below to view the clip aired by KTN. 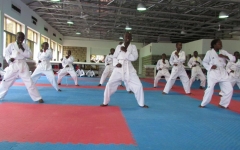 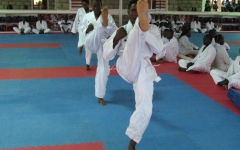 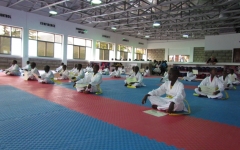 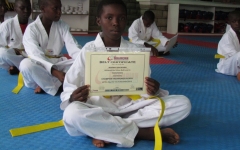 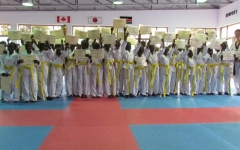 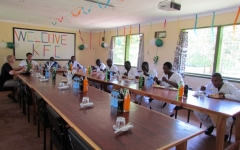