You are here: Home › Fluorspar School › Our Community › Champion Taekwondo Fluorspar emerges as No 1 team in National Competition

On Friday, August 08, 2014, the Champion Taekwondo Fluorspar team comprising a total of 30 participants – 23 juniors and 7 seniors – left for Nairobi to participate in the Second Master George Memorial Championship. The competition was an all-inclusive event that covered Kyorugi (Sparring) and Poomsae (Patterns) for seniors and juniors both men and women.

There was participation from numerous taekwondo schools from across the country. It was the first time the juniors and some senior students were participating in such a national event. Their hard work, dedication and never-say-die spirit resulted in victory for most of them.

Champion Taekwondo Fluorspar emerged as the best team at the end of the competition with a total of 30 medals in various categories. Considering that all students have received training for only two years this is an amazing achievement and the students are already looking forward to the next event.

Below is a summary of the trophy and medals won. 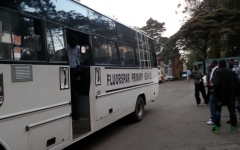 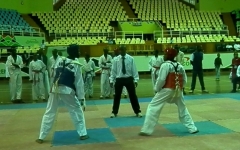 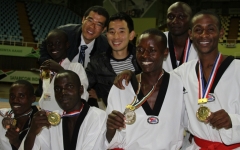 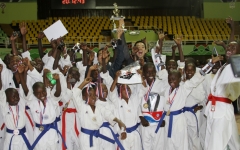 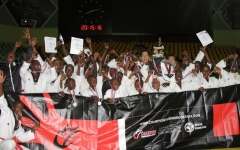 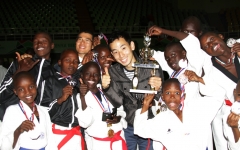