You are here: Home › Our Community › Chemoibon Community Project

During a 7 week period from end March 2013 to mid May 2013 the Kerio Valley received more than 700mm of rain leaving a path of destruction. Rivers were in flood, roads impassable and bridges and access facilities to communities and schools were washed away.  One bridge that washed away was the main crossing for the children of Chemoibon resulting in the school being closed for a week.

The community , using their own initiative, designed a bridge and approached the Company for assistance in providing for the materials. A joint venture commenced with the Company donating the required materials and the community with their expertise of their “local Engineer” designed the structure and supplied the labour to construct the bridge.

Within a period of 7 days the bridge was constructed and on Saturday 25 May 2013 a ceremony was held to officially open and bless the new bridge that now allows children and people to cross the river.

The function to celebrate the achievement was attended by the local Community and a local radio station. The function was sponsored by the Company and at this function the Company  also undertook to support a similar venture where another  bridge was washed away further down the river. This project will be undertaken in due course. 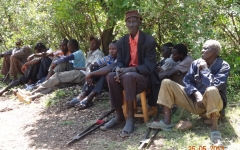 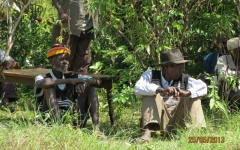 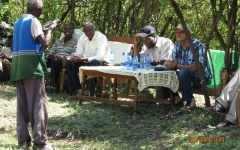 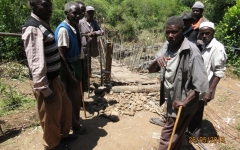