You are here: Home › Medical Centre › Our Community › MEDICAL SERVICES IN CO-OPERATION WITH A CANADIAN PARTNER

Field Marsham Medical centre, Kenya Fluorspar Company limited, in partnership with Medcan Naweza team from Canada and department of Ophthalmology Elgeyo Marakwet County organized a series of free Medical services to the community within Kenya Fluorspar mines for the month of October 2015.

The services were as follows;

The above activities commenced with a one day social mobilization along the valley covering 8 health facilities and a distance of approximately 50 km.

The exercises were aimed at identifying patients with eye cataracts who required surgical interventions. During these exercises 330 patients were seen of which 49 had cataracts and were booked for surgeries, whilst others were treated for eye infections and eye tests.

The cataract surgeries were performed at the FMMC facility on 9th and 10th October 2015 where one of the rooms was sterilised and converted to a full theatre.

The surgeons and assistants were contracted from the Elgeyo Marakwet county health department headed by Agnes Maiyo. (County ophthalmology department in charge and cataract surgeon)

A total of 39 cases of cataract surgeries were performed on the two days with the majority of cases being elderly people whilst 1 case was of a 15 year old girl- who had a congenital cataract. Post operation checkups were performed and appears all operations were successful.

During the period 9th -13th October, 2015 more than 90 patients were screen for cervical cancer and breast cancer as well. One positive case was identified and treated with cryotherapy (involved freezing of the suspected cells).

The Medcan Naweza Team, have been on the forefront to facilitate chronic disease screening within the valley.

This project commenced in 2014involving an SMS service and a system that transmits the analysed information and provides feedback on the risk status of a patient based on age, sex, blood pressure, whether diabetic nor smoker and other criteria. Feedback is based on the WHO classification for cardiovascular disease risk estimated for the next 10years.

The project has been made possible by the recruitment of community health workers who move from house to house to screen for chronic diseases. The Community Health Workers are issued with blood pressure machines and sufficient credit to transmit the information via an sms system and receive instant feedback allowing them to advise patients accordingly.

To date since the initiation of this program in April 2015, more than 1 000 patients have been screened and less than 1% are at risk.

This programme is currently carried out by 4 community health workers 3 at fluorspar and 1 at Lewa Conservancy.

There has been continuous medical education at the facility since partnering with Medcan Naweza Team, whose mission is to support our facility and community within to preventing and managing chronic diseases based on WHO standards.

During this period we had the following areas covered by different specialities:

For further information on the work performed by Medcan access the blog by going to www.medcannaweza.com and click on “Blog”. 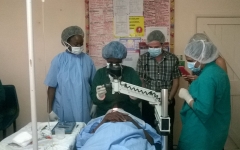 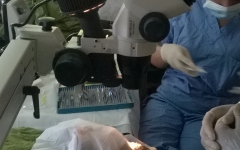 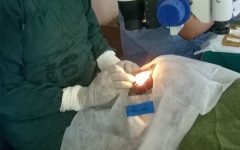 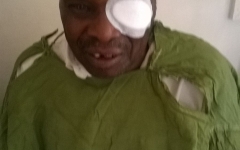