You are here: Home › Fluorspar School › Our Community › Victorious KCPE class of 2015

‘Hard work pays,’ so they say. The KCPE class of 2015 proved its academic potential when it shattered the school record set in 2013 (341.42), romping home with a mean score of 352.36 up from 336.04 in 2014, the highest since the inception of the school. All the 5 subjects registered an improvement with social studies/CRE coming tops in the Keiyo South sub-county with a mean score of 74.50 and English second with 75.86.

To celebrate this achievement, the evening of 19th January 2016 saw the Fluorspar family excitedly converge for a Thanks/Prize Giving ceremony like no other. The former pupils’ joy knew no bounds when they jubilantly received the MD Kenya Fluorspar Company, Mr. Nico Spangenberg, with a chant and a group hugs. It is in the quote ‘Enthusiasm is the Engine of success……..’ by Ralf Waldo that we attribute our success to him being a very enthusiastic personality in matters academic in conjunction with Kenya Fluorspar Management team, the school Board of Management, Parents Teachers Association and school staff.

In his speech, he congratulated the 2015 KCPE class and appreciated all who played a role in realization of the achievement not forgetting to remind them to go forth and pursue their education with zeal and confidence.

Each of them walked away with a prize with the subject teachers receiving a surprise cash token and certificate of commendation.

To celebrate with the class were Board of Management and Parents teachers Association members, school staff and some pupils. To crown the day, everyone was treated to a scrumptious dinner after spiritual nourishment, entertainment and speeches from other guests.

Kudos class of 2015! You made us all proud with your success and determination. 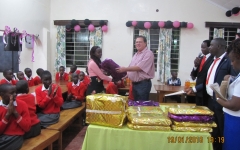 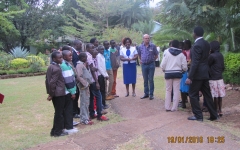 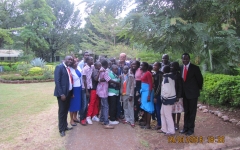 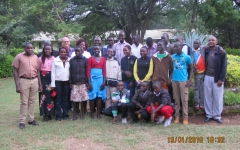