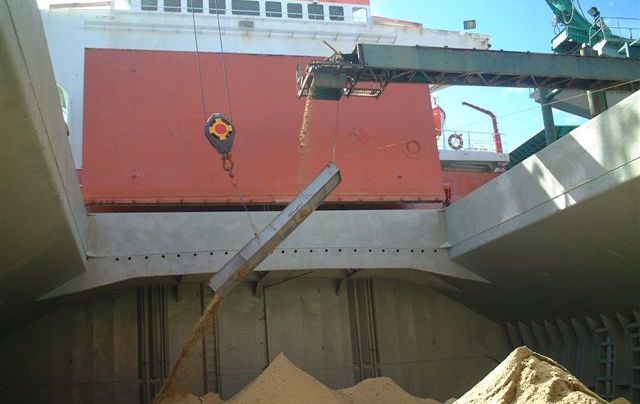 The Kimwarer ore deposit has now been mined for over 35 years. Mining is by open cast methods. Overburden is removed at a ratio of 3:1 to 8:1 (waste to ore) depending on the ore body, more than 3 million tons of waste  being stripped per annum at current production levels. Overburden is normally trucked away using 25 ton trucks provided by contractors, while the exposed ore is extracted by drilling and blasting. A total of approximately 360,000 tons of ore is mined annually. The geology has indicated that the ore body extends beneath the valley floor level and an open pit is being planned.